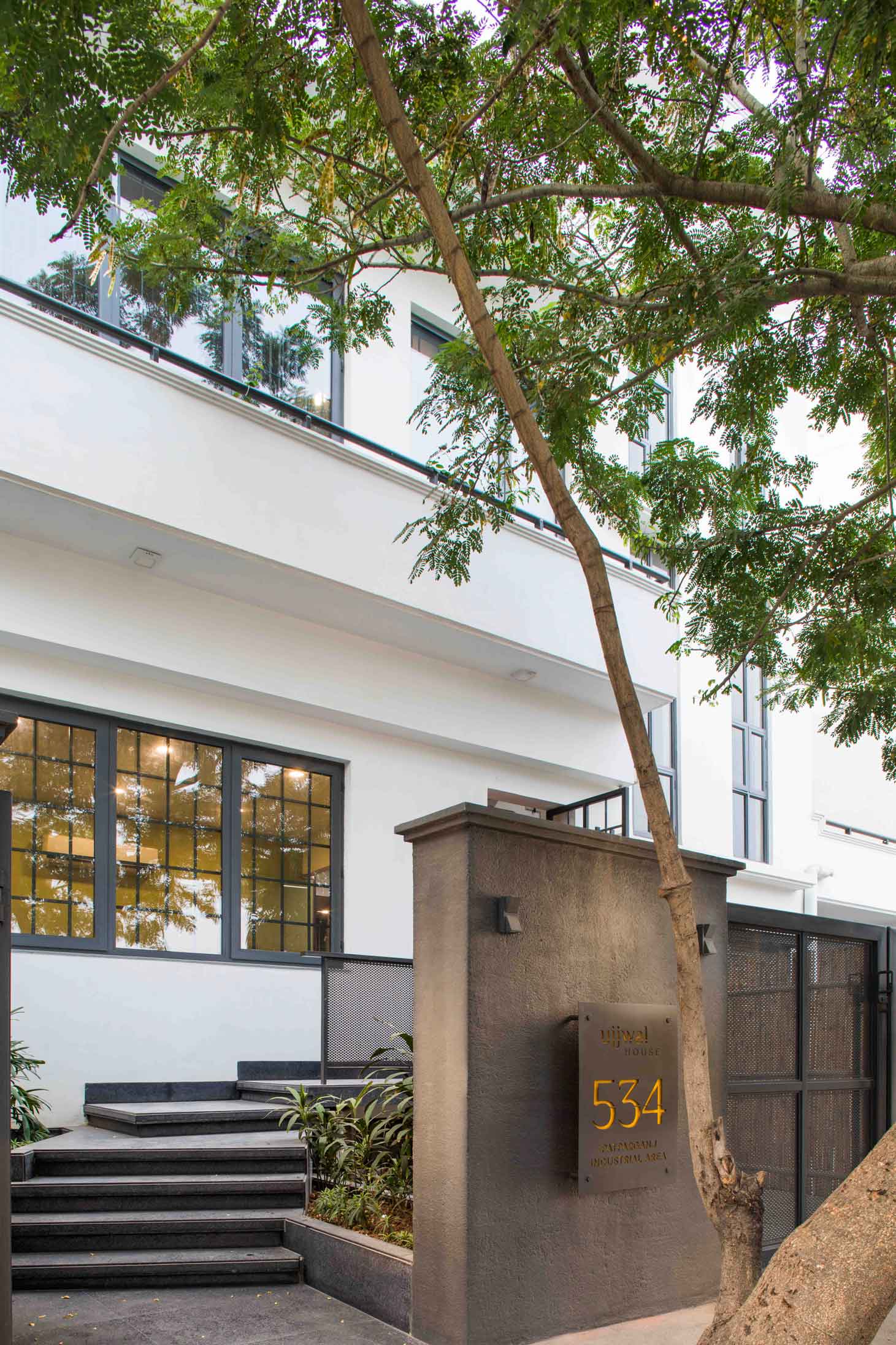 The office interior was to be a common workspace for multiple companies with diversified business interests that included travel, hotels, real estate development, construction and education. Central to the design was to create an individual identity for each of the varied businesses while ensuring that the space was perceived of as a coherent whole.

A strategy of differentiating between volumes constructed within the space and desks / work stations that occupied the space was adopted along with a meandering yellow epoxy axis, off of which the workspaces of various companies emanate from the dominate visual and spatial defining element of the project. Imagery was used selectively to give visual identity to companies such as the travel agency.

The overhead lighting plan manifests itself as a coil unspringing and meta-phorically represents along with the grey and yellow interior the agility, energy and dynamism of the younger group companies.