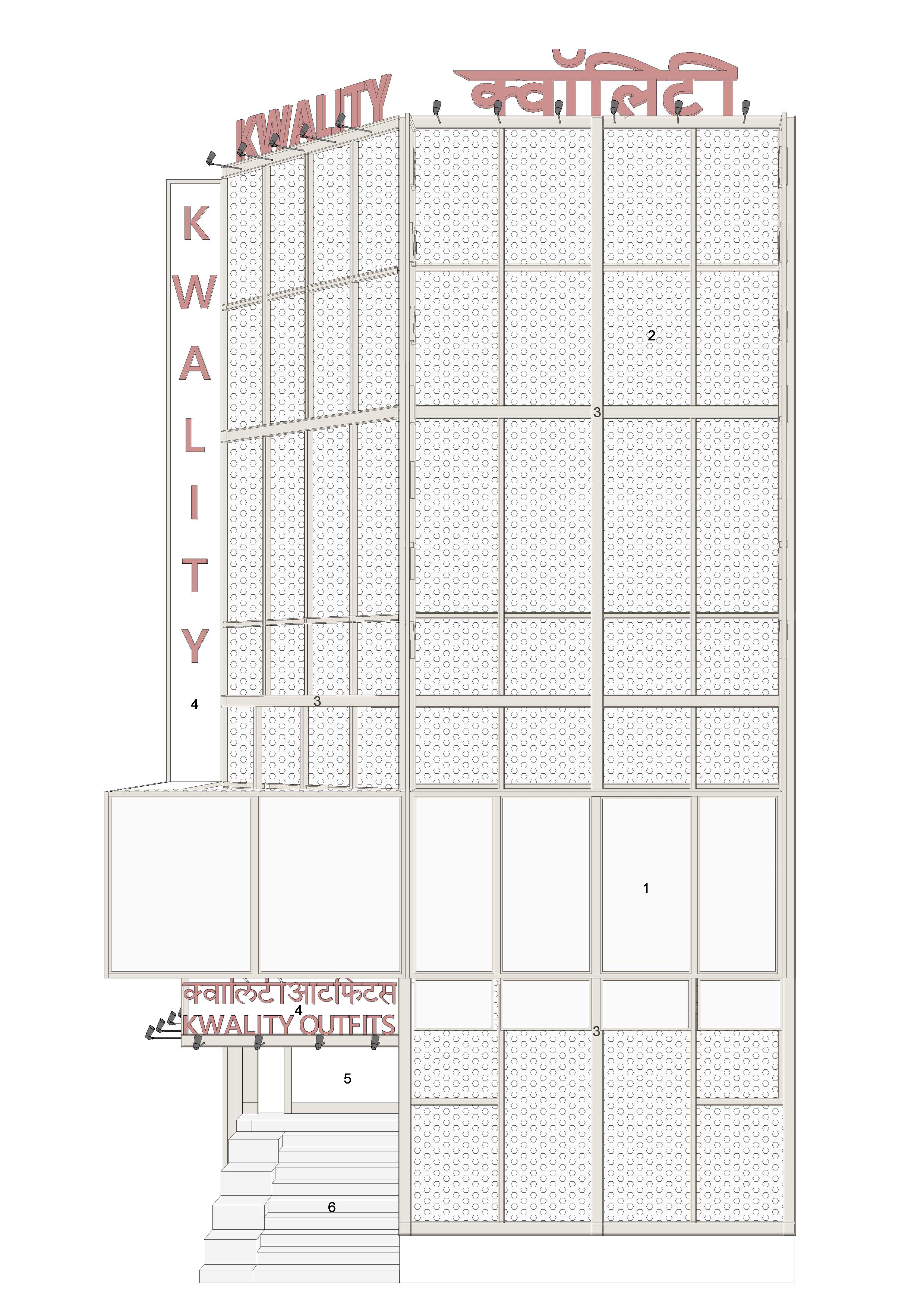 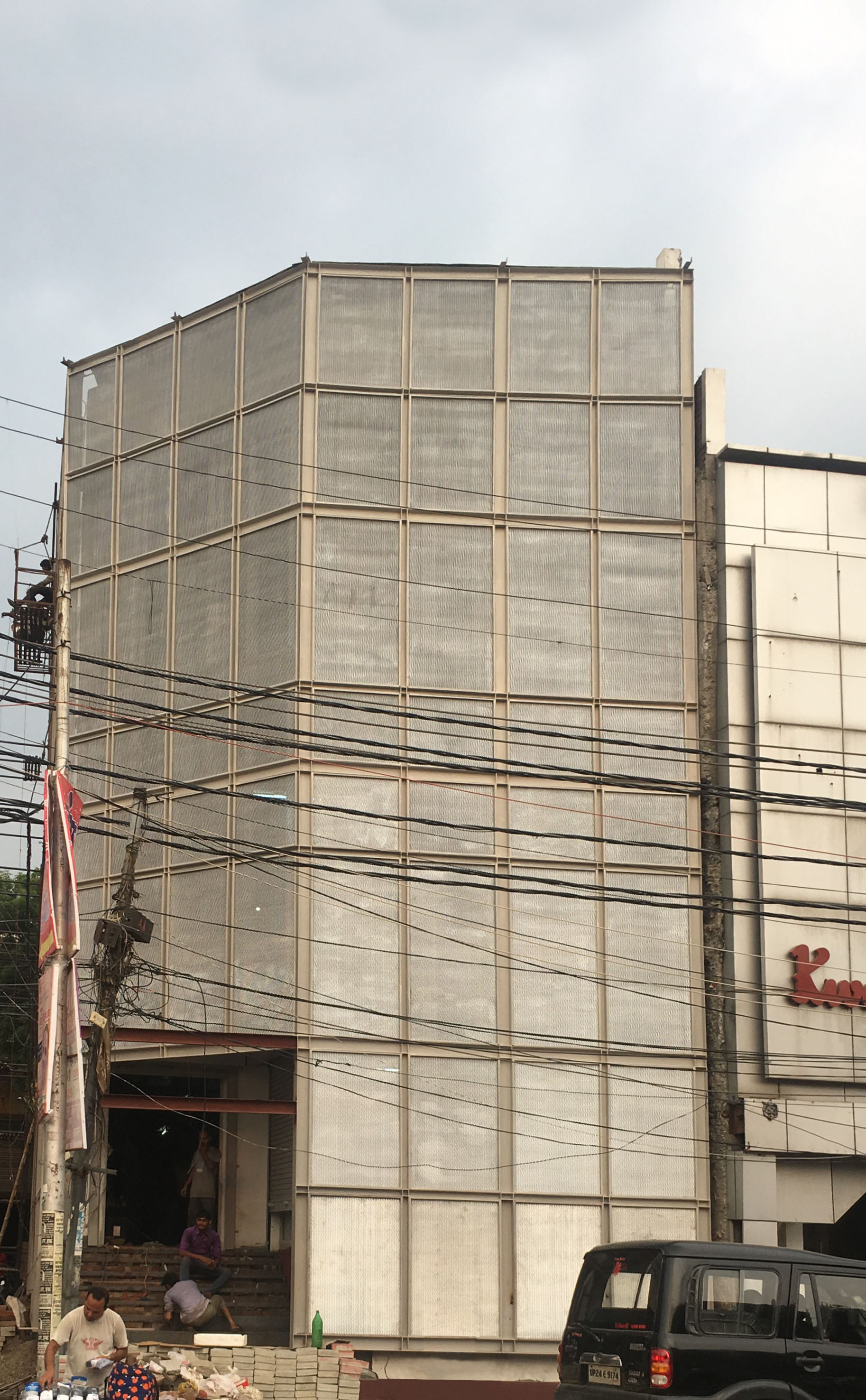 The adaptive re-use of an existing building into a multi-brand apparel store required the shoring and strengthening of the existing concrete structure, the restructuring of the façade and the spatial re-organization of the internal space. Critical to the project was the establishment of key visual sight lines in the interior and  the infrastructures for both the protection of the of the original façade on the exterior and the ability it to use it as an advertising billboard. The exterior called for the uniformity of a muted expression in contrast to a bold interior.

Taking its cue from a neighbouring mosque and the “taqiyah” or skull cap worn by muslim men as a point of departure, the external façade was conceived off as a metal screen set within a larger grid of metal structural members. The uniformity of the screens pattern, the inclination of individual elements that allowed for glimpses into the interior are reminiscent of the “taqiyah” yet distinguish itself from it in the manner they mediate between the buildings external and internal surfaces.

The screens protect the building façade from the summer sun and monsoon rain. The gap between the existing building façade and the screen allows for ventilation through a “shaded shaft”, one wherein light and air can enter through the individual elements of the screen and allows for a continuous air current from the bottom. This in conjunction with the operable windows on the interior create a passive cooling solution for the interior spaces. Consequently reducing the buildings air conditioning load.

The space of the interior is characterized by a brightly painted red central atrium. The volume of space allows one to see the entire store on entering, lending the space immediate comprehensibility while also serving to channel the hot air up and out of the building. Individual floors accessible through both a lift and staircase and organized around the central atrium cater to different types of merchandize. The lighting grids and display systems are modular in nature, enabling them to be reconfigured with changes in the stores inventory.