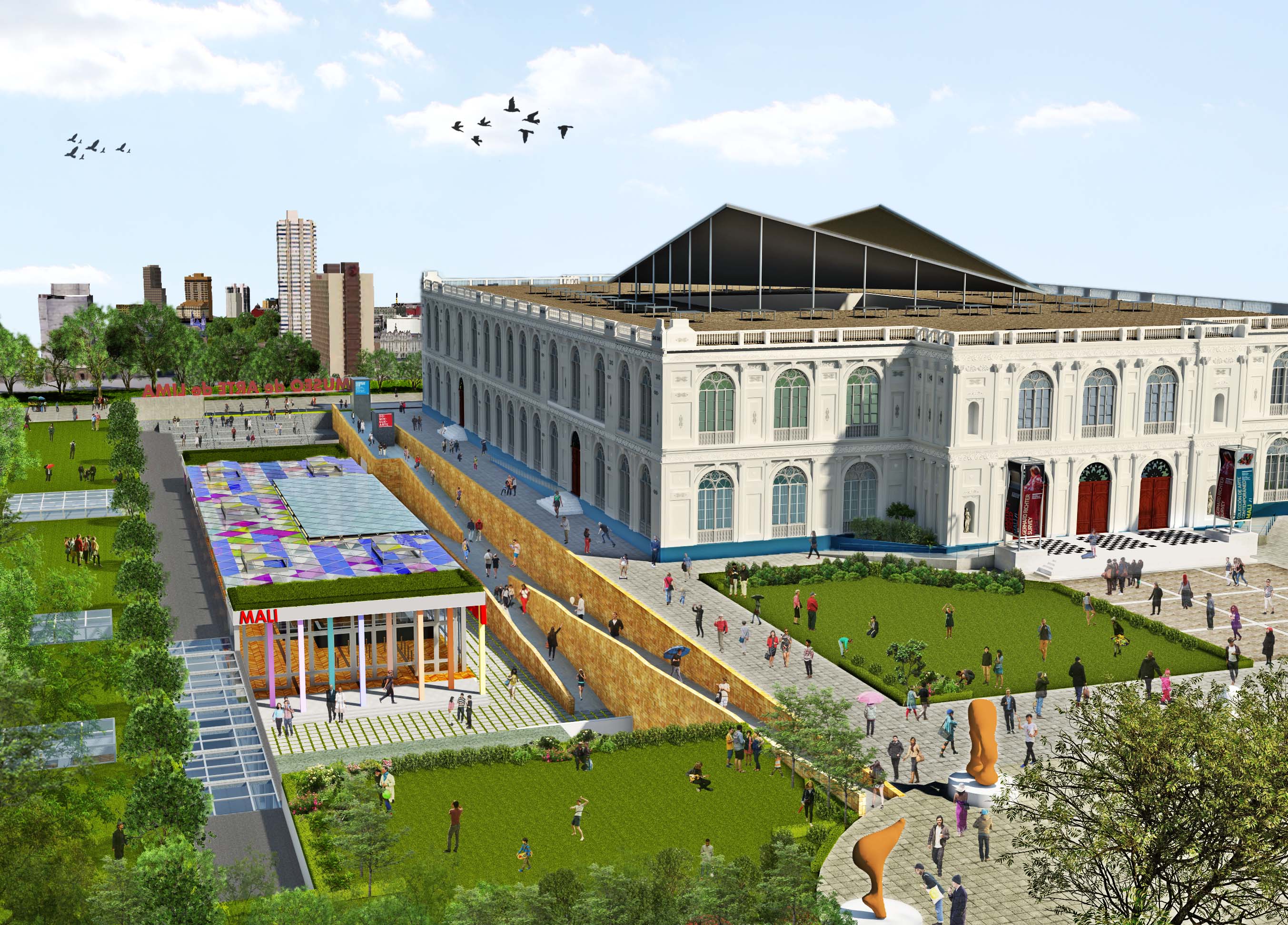 The intent to expand the Museo de Arte de Lima (MALI) recognizes that the production and consumption of art in its various forms is central to the expression and development of world cultures. The democratic impulse of a people to express and create is fuelled in equal measure by the desire to explore, experience and understand. Such institutions play a pivotal role in situating the material traces of a civilization within a greater trans-historical notion of time. As agents of cultural production and consumption, their own physical  manifestation is often the subject of either individual architectural expression or as a reasonable set of responses to a requisite set of functional, climatic and other such forms of data.

Through the introduction of two subterraneous urban vestibules (or courts) interconnected by a two-way ramp, the extension of the museum creates a new public space. On the northern edge of the site emanating from the first of these two courts we propose introducing a Museum tunnel that would run at the same level and parallel to the proposed metro’s main concourse. It would integrate art into the city’s urban transportation system and simultaneously, knit together both Dammert and Exposition Park. Collectively, their interconnectedness would transform the area between Av. Espana in the north and Av. 28 De Julio in the south into a larger art and cultural district.

The museum building is conceived of as a Lightbox, with its roof structure being the most dominant elevation and the interface between the new wing of the museum and the city. A combination of clear and colored cast glass emits a light, kaleidoscopic glow into the interior space during the day while at night illuminating the sky and the Exposition Palace. The coffers have within them filters that can control the quantum and intensity of light entering the interior space. The main gallery space is located at a level below the two urban courts. Its storage and supplementary service spaces are located at the same level and can be accessed independently from the ground through a service elevator, ramp and stair system.

Conceptually the project integrates the city, the park, the museum and its collections. At this confluence, it serves as an impetus for the individual expression of both producers and consumers of art while producing a new civic and cultural platform for the city.